The Board of Directors meets monthly and members are welcome to attend.

Since its inception in July 1999, St. Baldrick’s Foundation has fought to raise awareness and funds for childhood cancers. For several years the Orland Park Vikings has teamed up with Arctic Ice Arena to further the foundation’s cause.

Starting in Manhattan, the foundation became immensely popular after the terrorist attack on September 11 took the lives of many of the founding members. A year later, St. Baldrick’s reached a milestone in 2002 when the foundation made its first $1 million and hosted over 37 head-shaving events around the country. 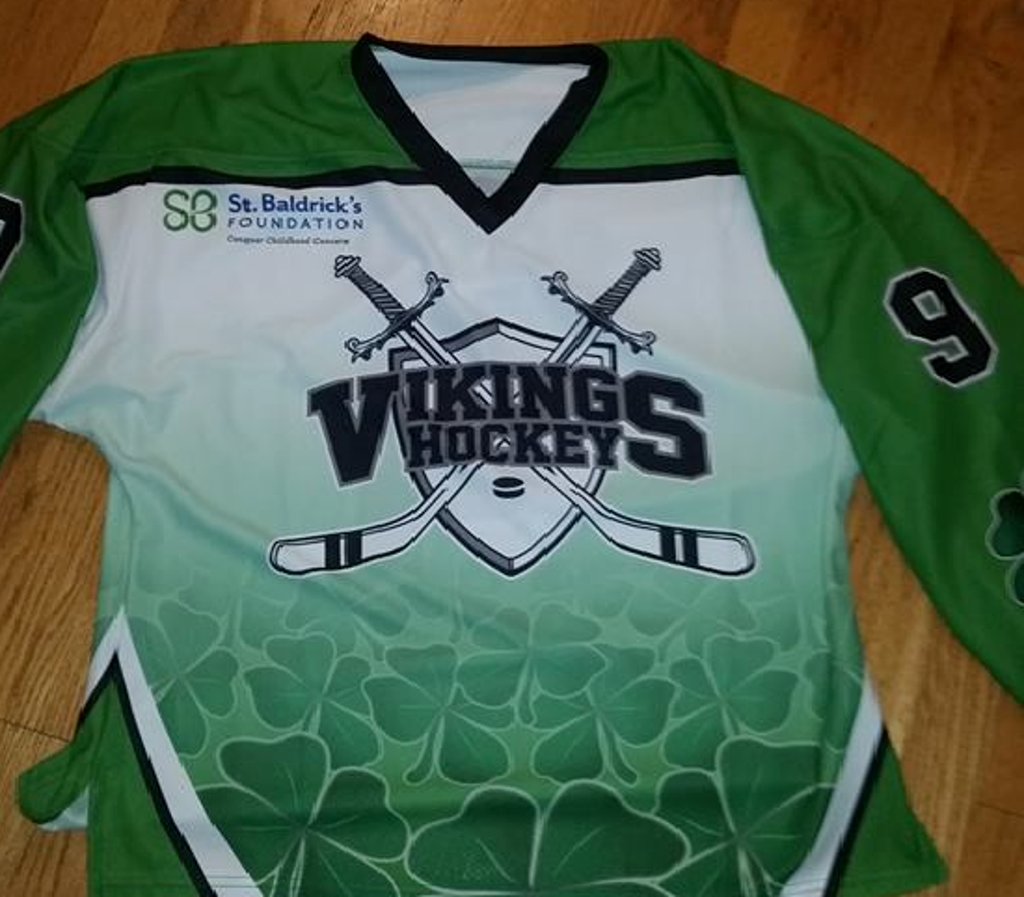 “Cancer has affected every single person in one way or another,” said Cameron Bruns, the captain of the Vikings U16 team and organizer of the St. Baldrick’s event. “This isn’t just a hockey game, it’s a way to show support, raise funds, and remember those who lost the battle against cancer.”

St. Baldrick’s is best known for their head-shaving events. Thousands of people – men and women – each year trim their hair to street level to show support for childhood cancers.

This year the Orland Park Vikings U16 team will go a step further by donning special green and white jerseys in honor of those affected by cancer.

The team will sell each player’s jersey and the proceeds will be donated to St. Baldrick’s. This year the Vikings U16 team expects to donate roughly $800 from the jersey sales. The game is free to the general public.

This year the Orland Park Vikings U16 team will look to complete an undefeated NIHL season during their final home game against the Wolf Pack. This season the Vikings U16 team has a perfect 19-0 record in the Northern Illinois Hockey League, mounting an impressive 135 goals for and 19 goals against.

“I can’t say enough about a group of 15 and 16-year-old kids taking it upon themselves to combine the great sport we love with an outstanding cause,” said Vikings Hockey Director, Nick Pollos. “This is an outstanding group of young men who have showed that life is bigger than hockey and each Vikings team is a family that can come together for a cause greater than ourselves.”

Come out to Arctic Ice Arena in Orland Park to support the Vikings U16 as they finish out their regular season Jan. 23 at 6 p.m.

For more information about St. Baldrick’s or to make a donation to conquer childhood cancers visit www.stbaldricks.org.