The Board of Directors meets monthly and members are welcome to attend.

The Vikings had a great showing this weekend around the Midwest, winning 3 tourneys, and taking Silver in two others.

Squirt A1, playing in Big Bear's Chicago Crossroads tourney, went 3-0 in round robin play, taking down the Romeoville Rebels, Huntsville Jr Charges and Chicago Bruins before advancing to the championship against the Kirkwood MO Stars.  The Vikings would dominate play and take home the big prize with a 5-2 Victory.  Brian Manns named game MVP.

The Squirt AA's, playing in a very competitive AAA bracket at the MN Gone Wild Tourney this

weekend, eked out 1-2-2 record in the round robin, beating Rockford and tying Rockford and McKinney TX, which was good enough to advance to the championship.  A 3rd rematch against McKinney TX would see the Vikings take a commanding 5-1 victory and take home the banner!

The Viking PW 03's and Bantam AA also played in this tourney.  The PW 03's would fall in the semi's in a dramatic 5-4 OT loss to the Thunder Bay ONT Kings after going 3-1 in round robin play in the AAA bracket.  Bantam AA, playing in the Upper-AA bracket, would go 1-2-2 overall, with a highlight 2-1 victory over the Falcons 01 CSDHL team and ties against 2 other very strong teams.

this weekend as well, going 2-1 in round robin play, taking down the KC Mavs and Lincoln-Way HS Varsity, and falling to the Westfield IN Ice Rocks.  Their strong performance earned them a rematch with the Ice Rocks in the Championship.  This time around, the Vikings would bring their "A" game and defeat the Westfield team 4-2 to take home the Top Prize.

The Vikings Girls U16 team, playing in the Canlan Chicago Girls Midwest 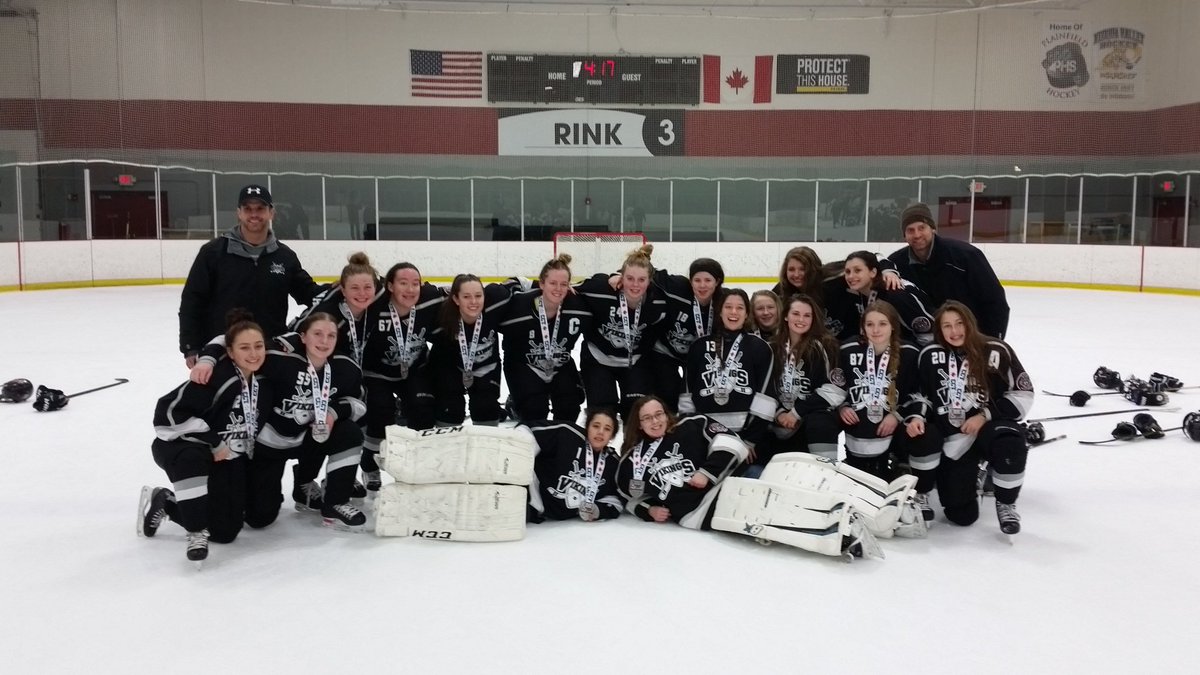 Winter Classic, would go 3-1 in round robin play, beating the Chicago Hawks, Admirals Girls and St Louis Cyclones before falling to the AK Pioneers.  The Vikings would face the St Louis team again in the semi's, taking them down again 1-0 to advance to the championship and a rematch against the AK Pioneeers.  After a hard fought battle, the Viking Girls would fall to the tough Alaska team 2-1 to take home the Silver medal.

The Girls U14 team also participated in this tourney, going 2-1-1 in round robin play before falling in the semi's to the Lady Sabrehawks.

The Vikings PW A3 team, playing in the South Bend Irish Cup, would go 2-0-1 in round robin play, beating Rockford MI, Meramac MI, and tying Rochester 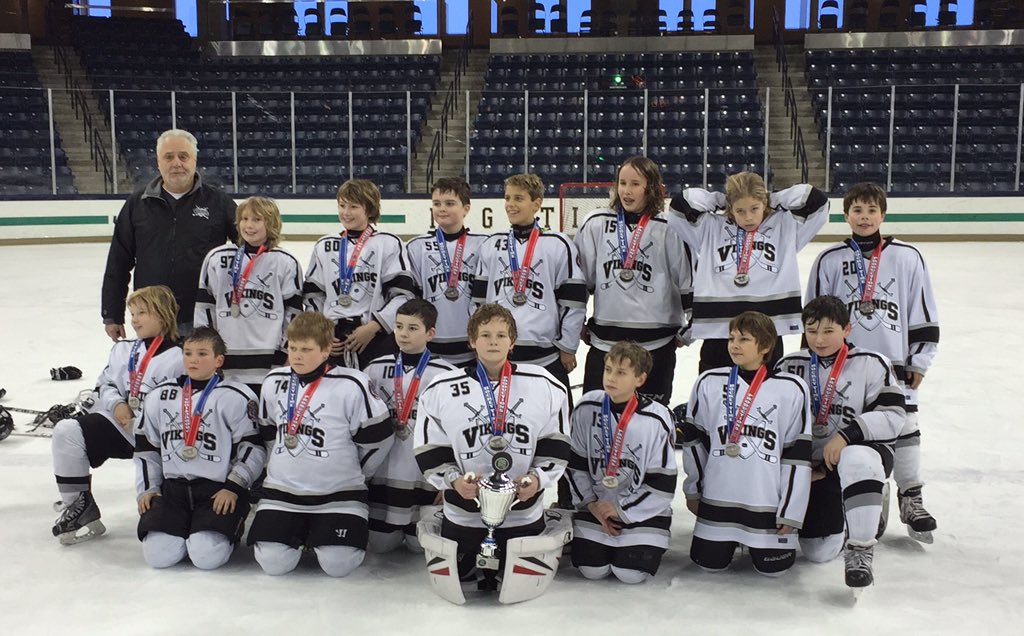 MI.  This was enough to advance to the championship game against Springfield MO.  Although the Vikings were able to hang tough in the first period, the talented Springfield team would prove to be too much for our boys, giving the Vikings the Silver medal.  Great job boys!

Bantam A2 also had a great showing in Holland MI this weekend, going 3-0 in round robin playing, beating Kensington Valley Renegades, Novi Firecats, and Mt Clemens Timberwolves.  The Vikings would advance to the Semi-final where they would fall to the Evanston Wildkits.

The Vikings would like to congratulate all of the teams that played this weekend.  Go Vikings!